Popular television actress, Sangita Ghosh is known for her extraordinary acting in many TV serials like Des Mein Niklla Hoga Chand, Kurukshetra, Ajeeb Dastan, Saturday Suspense, Daraar, and many more. For the unversed, she had tied the knot with a former polo player, Shailendra Singh Rathore and the couple has been living their life to their fullest.

Sangita Ghosh and her hubby, Shailendra Singh Rathore were blessed with a baby girl on December 25, 2021, whom they lovingly named Devi. Unlike others, Sangita’s baby girl was born prematurely and was in the NICU for 15-odd days. But soon after the mommy-daughter duo returned home happily, Sangita had to move to Chandigarh to shoot her current show, Swaran Ghar. Now, in an interview, Sangita revealed how her baby’s premature birth was a blessing for her career.

Recommended Read: Rakesh Jhunjhunwala’s Video Dancing In The Wheelchair With Wife, Rekha Is All About Their Love

In an interview with ETimes, Sangita Ghosh opened up about how much she misses her baby girl, Devi as she is shooting in Chandigarh and her family is in other places. She added that since her birthday is in this week, her eight-month-old daughter and husband, Shailendra Singh Rathore would join her, and she hopes to visit the Golden Temple with her. Revealing how her entire family is in different cities, she mentioned that she is in a long-distance relationship with everyone. She said:

“I miss Devi so much. I hope to visit The Golden Temple with them. I haven’t really seen Punjab yet, though I came here some years ago also to shoot for Des Mein Nikla Hoga Chand. I am craving dhaba food and will indulge in it with them. The other day I was thinking, my husband and daughter are in Jaipur, mother in Mumbai, brother in another country. I am in a long-distance relationship with everyone.” 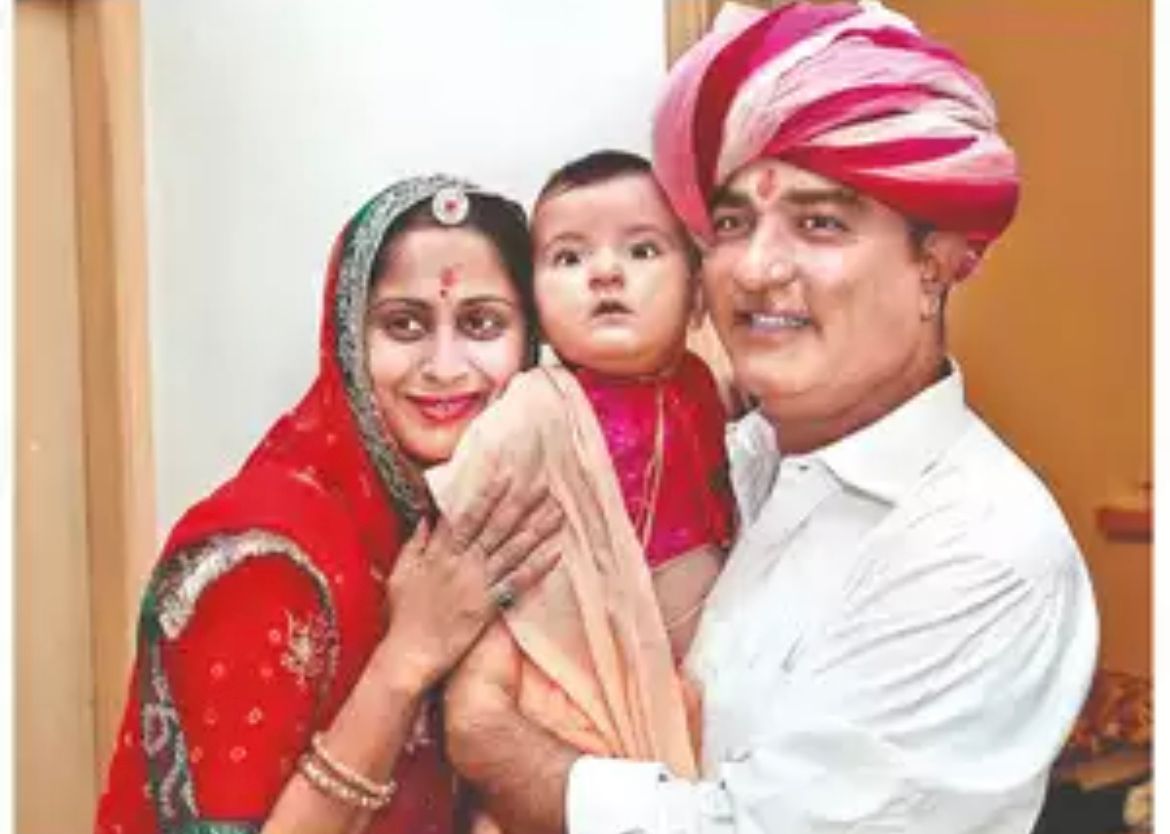 In the same conversation, she was asked if she regrets leaving her daughter at home at such an early age. To this, she mentioned that Devi took birth prematurely, and this had helped her rejoin shooting without any further delay. Elaborating the same, she shared:

“The point at which the show was offered to me, I never thought I could do it. Devi was supposed to be born in January but came prematurely in December. So, Devi decided that I should do the show by being born early. Besides, if I love my profession but my family is not suffering because of it, then I think I should do it because one needs to do things for oneself too. It’s the same analogy when an Army man or woman face temporary separation from their kids for their calling. I hope to make Devi proud when she grows up.” She ended the conversation by saying that her darling hubby, Shailendra is a hands-on daddy. Thus, she can easily focus on her professional commitments. Further, lauding her hubby, she concluded:

“He is so focused about looking after her, he has amazed me. I tell him that she will call you mummy (laughs). Though he comes from a traditional background, he is so hands on. I guess, being an Army kid makes him somewhat more liberated. He wants to teach her shooting and horse riding and make her a tough outdoorsy kind of girl,”

Kareena Kapoor On Her Viral Pic That Ignited Pregnancy Rumours, Says ‘I Look Like 6 Months Pregnant’

Rucha Hasabnis On Her Second Pregnancy, Reveals Why She Did Not Want A Sibling For Daughter, Ruhi