Indian cricketer, Sachin Tendulkar’s daughter, Sara Tendulkar is her dad’s princess. She is a diva, who never fails to win our hearts with her sartorial choices and style game. Sara often shows off her fashion quotient with her unique outfits, and we are obsessed with them. She is currently enjoying her life and delighting her fans with her impressive fashion choices.

Sara prefers to stay away from the limelight, but she often becomes part of the headlines, courtesy of her amazing fashion choices. A while ago, we stumbled upon a picture of Sara flaunting her Marathi look. In the picture, she was clad in a nauvari saree and looked the prettiest. The young diva completed her look with minimal gold necklaces and a Brahmi nath.

On August 10, 2022, Sara Tendulkar took to her IG handle and shared a Boomerang of herself. In the clip, Sara can be seen posing for the lens with her sister, Grishma, making goofing poses. The celeb kid was clad in a pink bandhani saree which she paired with a golden blouse. She completed her look with a choker neckpiece, a golden chain, matching earrings and a traditional nath. Keeping her look minimal, she accentuated it with a bindi and left her hair open. Atop the clip, she penned: 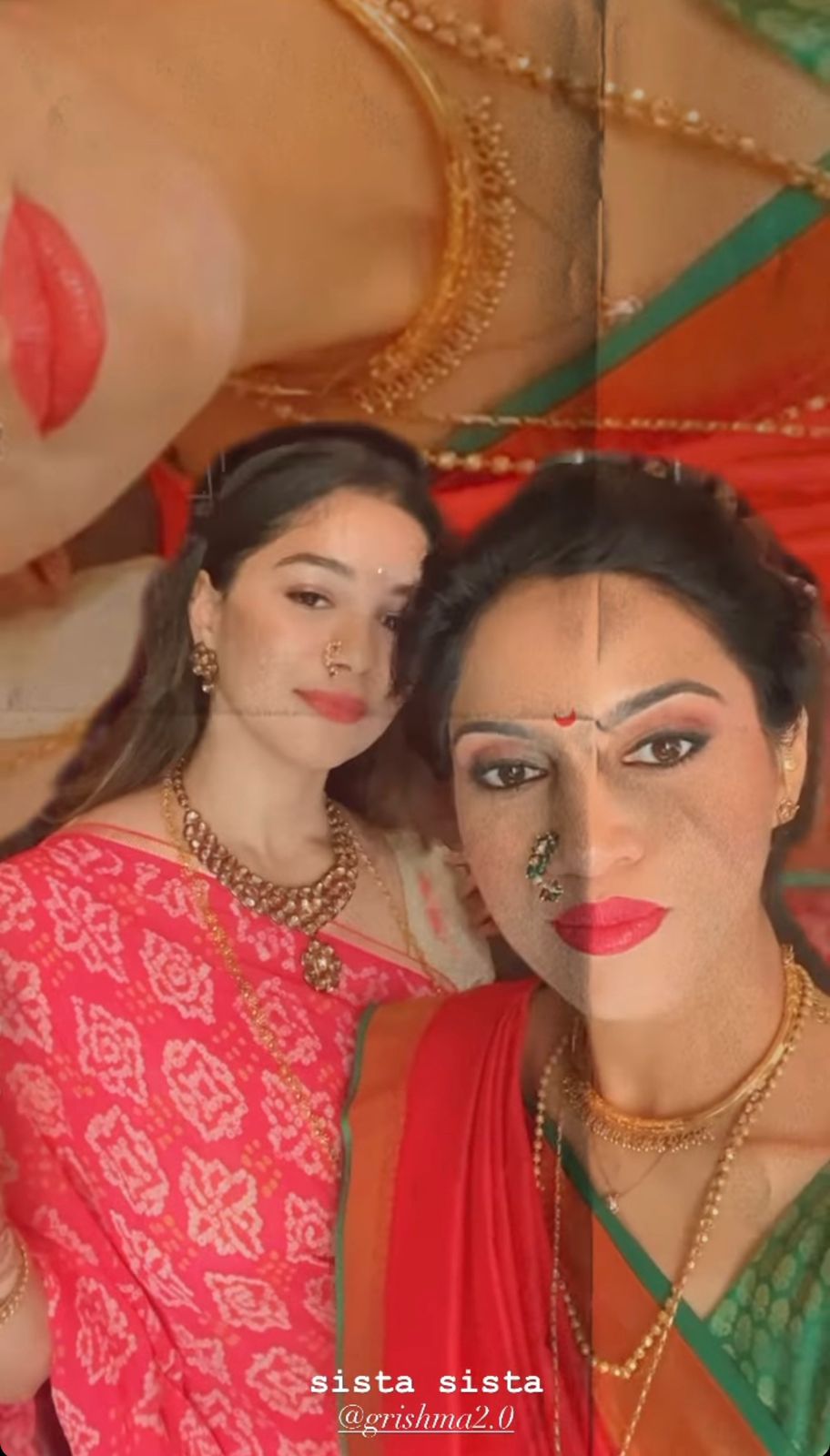 On August 5, 2022, some pictures of Sara Tendulkar had surfaced on the internet as she turned muse for Anita Dongres’s new collection titled Homage. In the pictures, the diva was seen clad in a green-hued ethnic ensemble, exuding ethnic charm. Her outfit featured a stylish mini choli, gharara pants and a matching dupatta, which made it a steal-worthy pick for the festive season. The gharara set was accentuated with delicate floral prints and sequined detailing, and it made Sara look glamorous. She had complemented her look with minimal jewellery, including a dainty maang teeka and a pair of earrings. She completed her look with a half-tie hairdo and minimal makeup. 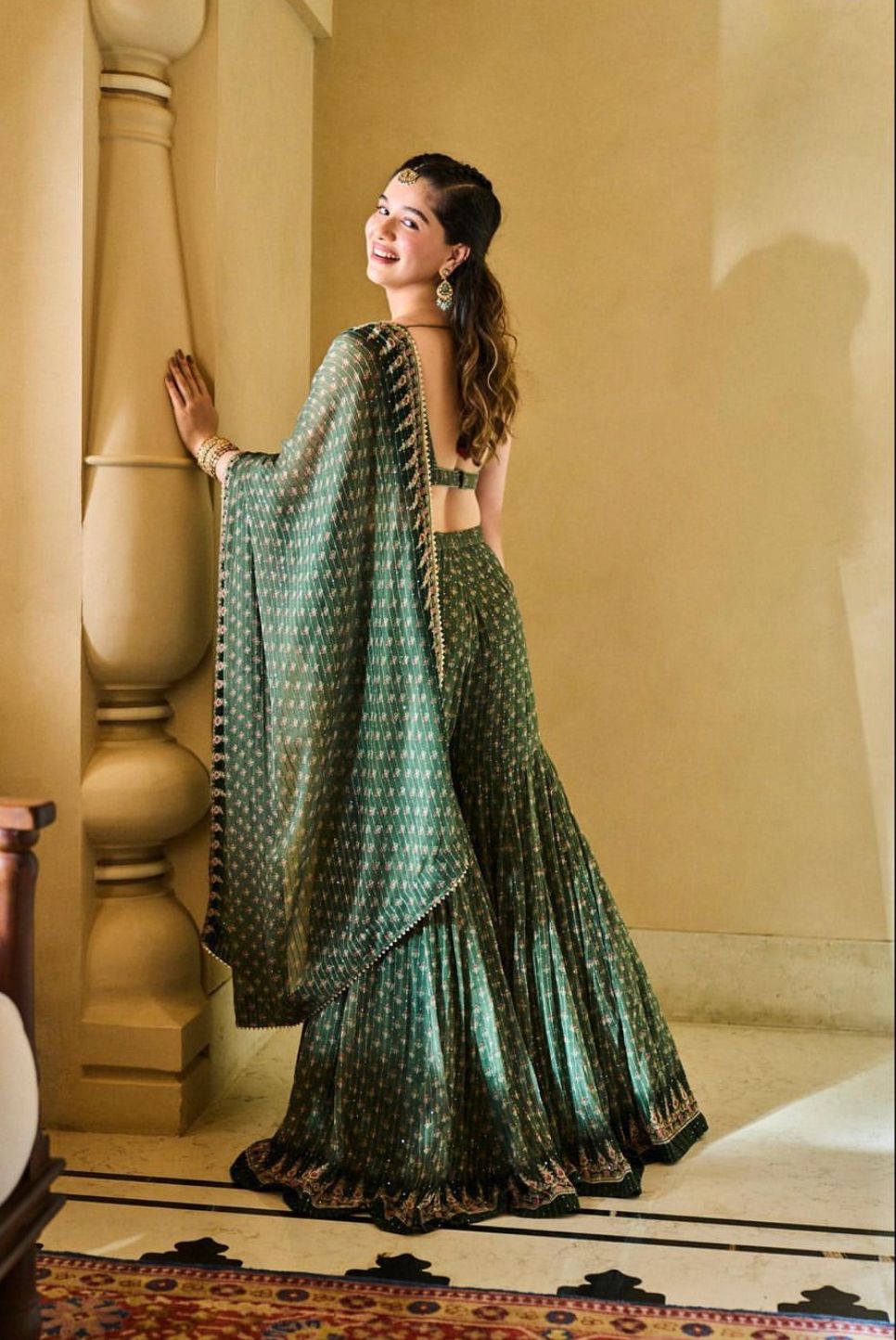 Earlier, we had got hold of some beautiful pictures of Sara Tendulkar from her photoshoot for the designer, Anita Dongre’s latest bridal collection. In the pictures, Sara looked pretty in a pink-hued lehenga featuring heavy golden threadwork all over it from the designer’s exquisite collection. She paired it with a stapped choli and a matching dupatta. However, what made the traditional ensemble trendy was the side pocket, proving that it is a perfect pick for modern brides.

Sara Tendulkar is a fashionista, who leaves us mesmerised with all her looks. What do you think? Let us know.

Amrita Rao Reveals She And Hubby, RJ Anmol Started Having Differences After Their Son, Veer’s Birth

Charu Asopa Has No Idea That Rajeev Posted Their Happy Photo, Says They Blocked Each Other On IG