Nora Fatehi is undoubtedly the hottest actress in Bollywood, and her oh-so-hot looks often leave fans swooning. She has made a name for herself in the glamour world with her hard work and dedication. Nora is best known for her dancing skills, and she has great taste in fashion as she often flaunts her sartorial picks like a diva. Be it a traditional wear or bodycon dresses, Nora slays it all.

Nora Fatehi often sets the internet on fire with her piping-hot photos and sometimes she comes under the radar of nasty trolls. She is currently busy shooting for the upcoming reality show, Jhalak Dikhhla Jaa 10, as she would appear as a judge along with Karan Johar and Madhuri Dixit. The actress recently flaunted her saree look but she received nasty comments from the netizens.

Recommended Read: Vijay Deverakonda Hints If He Would Ever Date Sara Ali Khan In Real Life, ‘I Cannot Even…’

Recently, Nora Fatehi shared some sizzling photos of herself wearing a saree on her social media handle. In the pictures, the actress looked oh-so-gorgeous as she posed for the lens with utmost perfection. She was seen donning a heavily-embroidered white and golden saree, which she perfectly complemented with matching jewellery. Moreover, her makeup game was on point. Needless to say, she looked nothing less than a goddess. 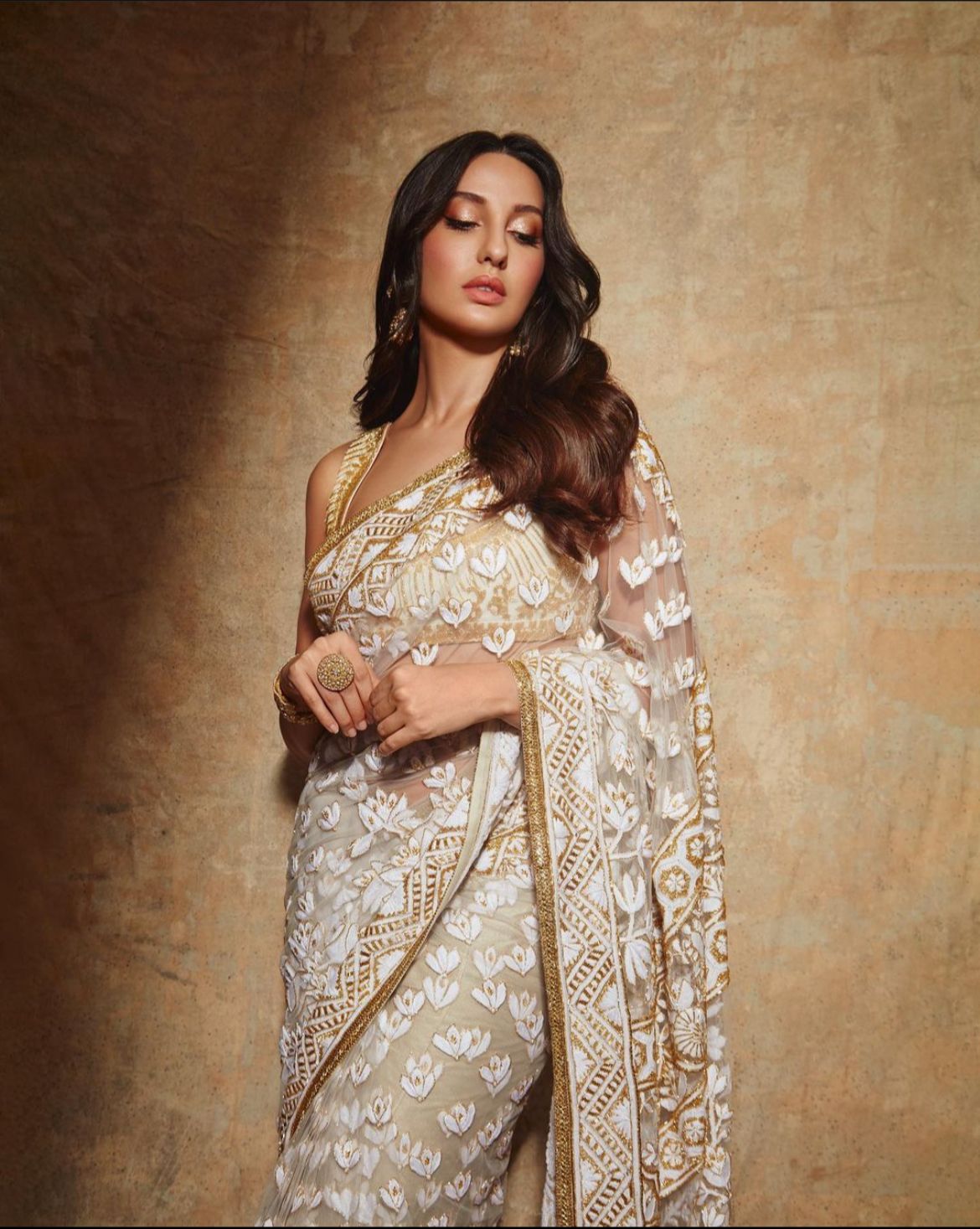 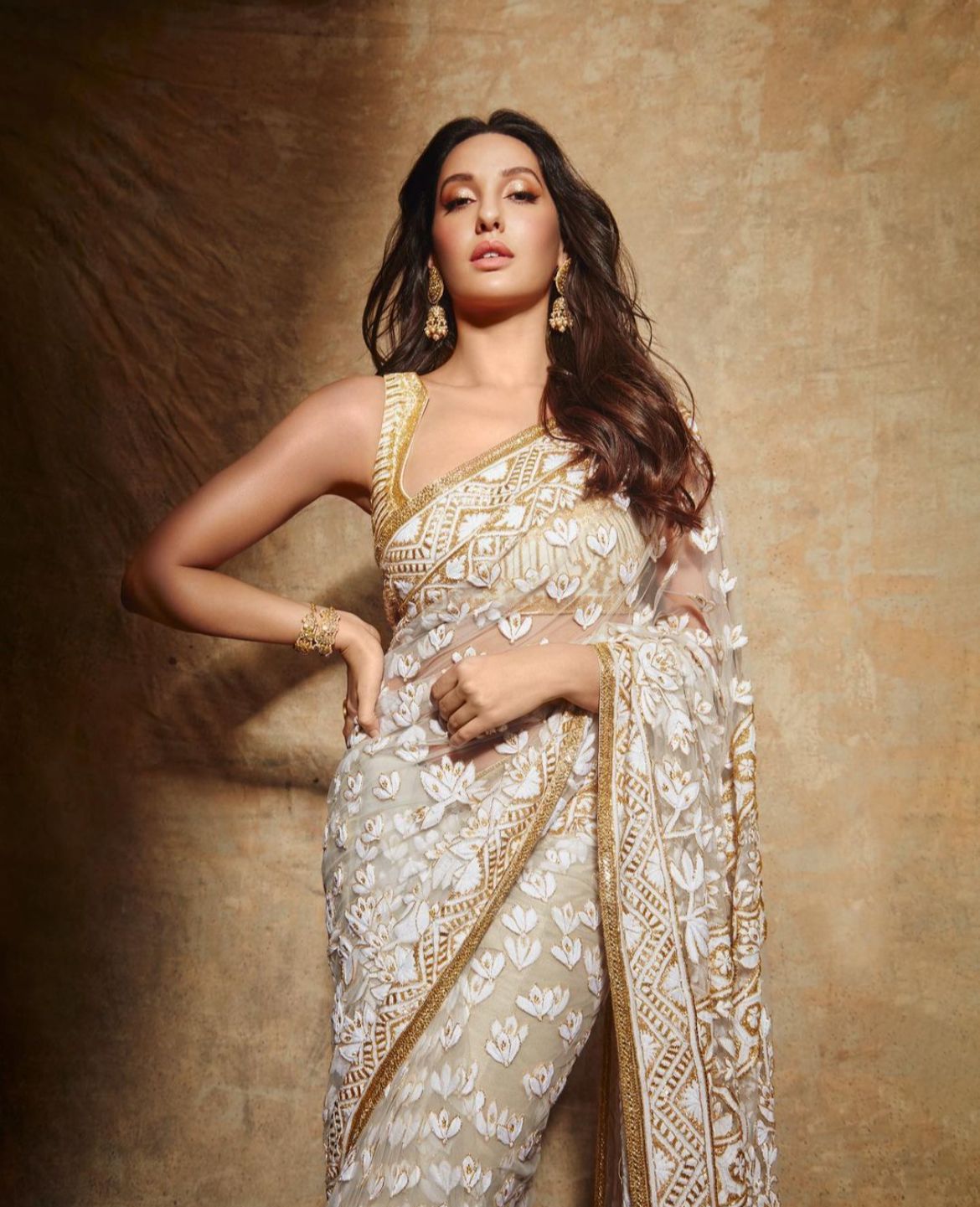 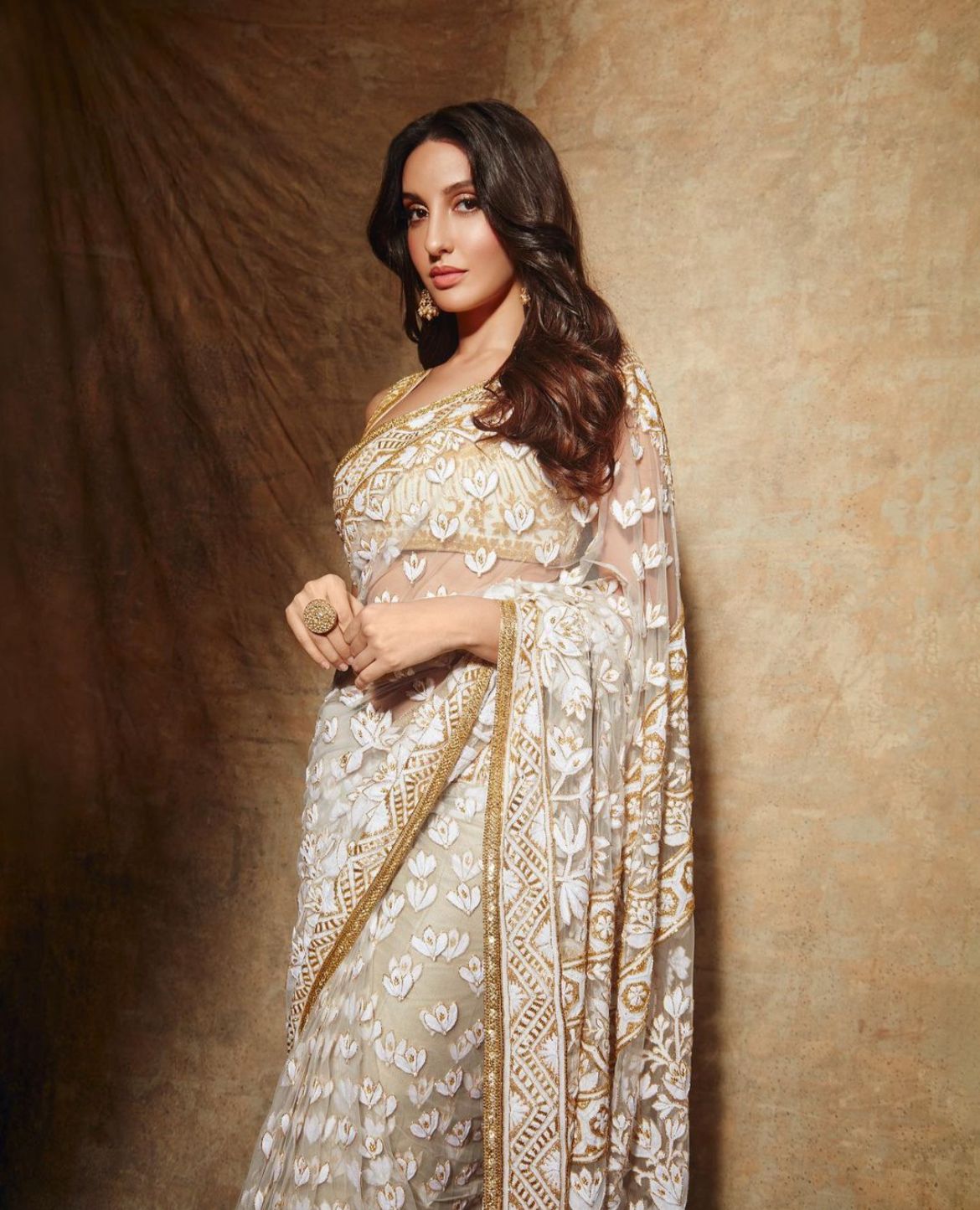 Nora posed with utmost perfection for the camera, but she got brutally trolled for her latest look. While many users complimented her, a few others went to an extreme and trolled her. Moreover, some nasty trolls also accused Nora of copying Malaika Arora. One comment read, “Copycat of Malaika.” Another troll wrote, “Why is she copying Malaika Arora.” Meanwhile other user commented, “Would you stop trying to copy your idol, Malaika Arora?” Check out the comments below:

Also Read: Ridhi Dogra Hits Back At Trolls Who Criticised Her After Raqesh Bapat-Shamita Shetty’s Breakup

On July 4, 2022, we had got hold of a video of Nora on Instagram, wherein Nora Fatehi could be seen struggling with her outfit as she was getting out of her car and heading towards her shooting set. Nora was wearing a beautiful pink saree, teamed with a ruffle detailing blouse and a choker. However, it was her gesture towards her security guard that made the netizens mad. In the video, her security guard could be seen holding her saree from getting her drenched in the heavy rains of Mumbai while he was getting wet. As soon as the video went online, netizens had slammed the actress and dropped comments pointing fingers at her for mistreating her security guard.

What are your thoughts about Nora Fatehi’s trolling? Let us know.

Next Read: Kareena Kapoor On Her Viral Pic That Ignited Pregnancy Rumours, Says ‘I Look Like 6 Months Pregnant’

Alia Bhatt Reveals Her First Salary For Debut Film, ‘Student Of The Year’ And Who Handles Her Money

Meghana Raj On A Troll Claiming That Now She Don’t Remember Her Late Actor-Hubby, Chiranjeevi Sarja