The arrival of a baby brings a lot of joy and happiness to a couple’s life. Besides, it also gives the family a reason to celebrate for the rest of their lives. Welcoming a child is indeed a special blessing as it makes the entire family cheerful, who had been eagerly waiting to meet the little one. However, nothing matches the priceeless feeling of holding their little wonder of joy in their arms for the first time, and the moment can’t be described in words.

Bollywood actress, Sonam Kapoor Ahuja and her hubby, Anand Ahuja welcomed their first baby into their lives on August 20, 2022. The entire Kapoor clan is beaming with joy, and their happiness knows no bounds. While Sonam and Anand are blessed with their first child, the former’s sister, Rhea Kapoor became a massi for the first time, and she can’t keep calm.

On August 22, 2022, Rhea Kapoor took to her IG handle and shared a series of pictures from the moment she saw her sister, Sonam Kapoor’s baby boy for the first time. In the pictures, Rhea can be seen standing with her mommy, Sunita Kapoor, while the two were looking fondly at their little wonder of joy. Sonam’s baby boy was sleeping peacefully in a baby cot, and he was wrapped in a blue-coloured swaddle. The pictures spoke volumes about the love Rhea has for her newbie nephew, and it simply melted our hearts. 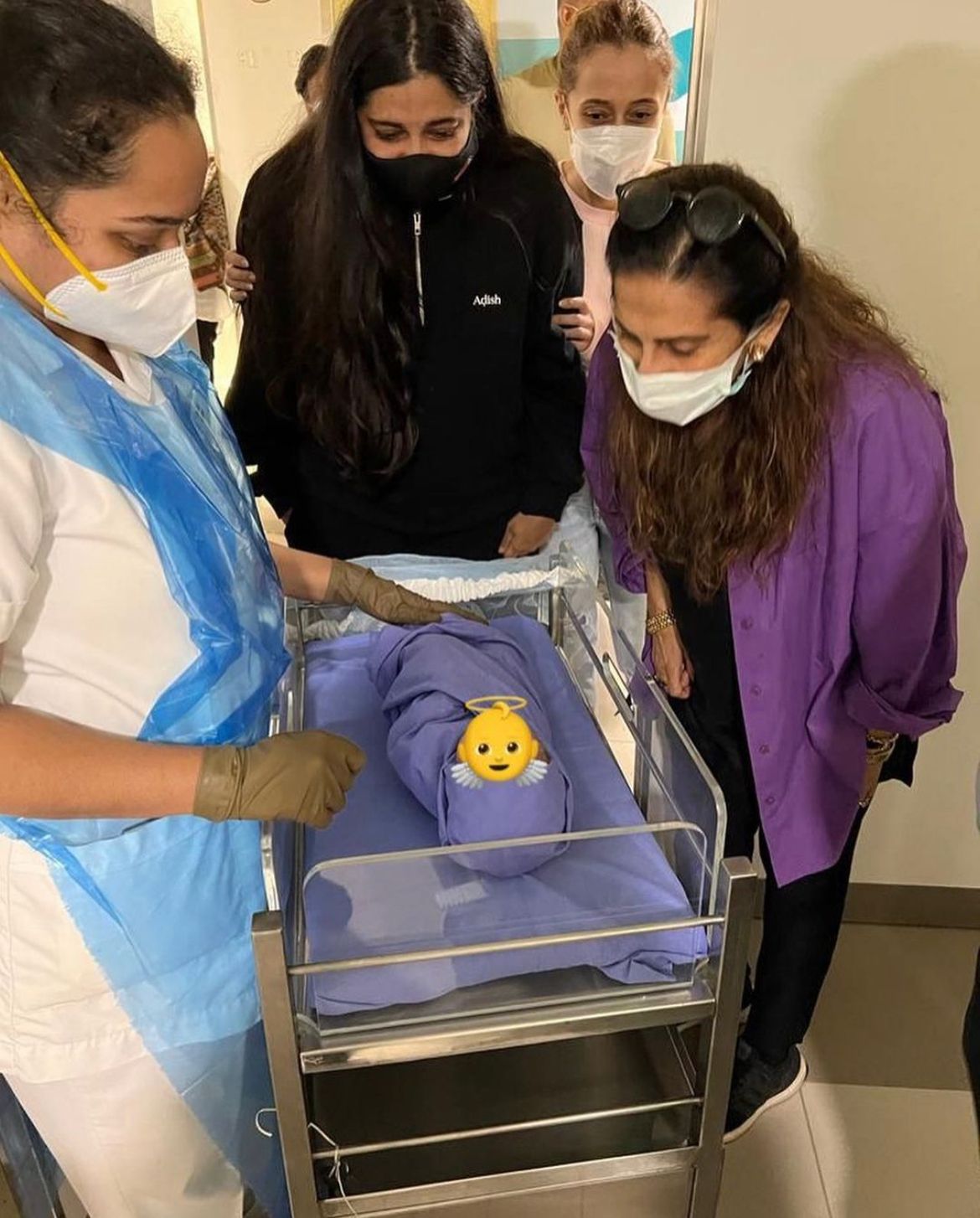 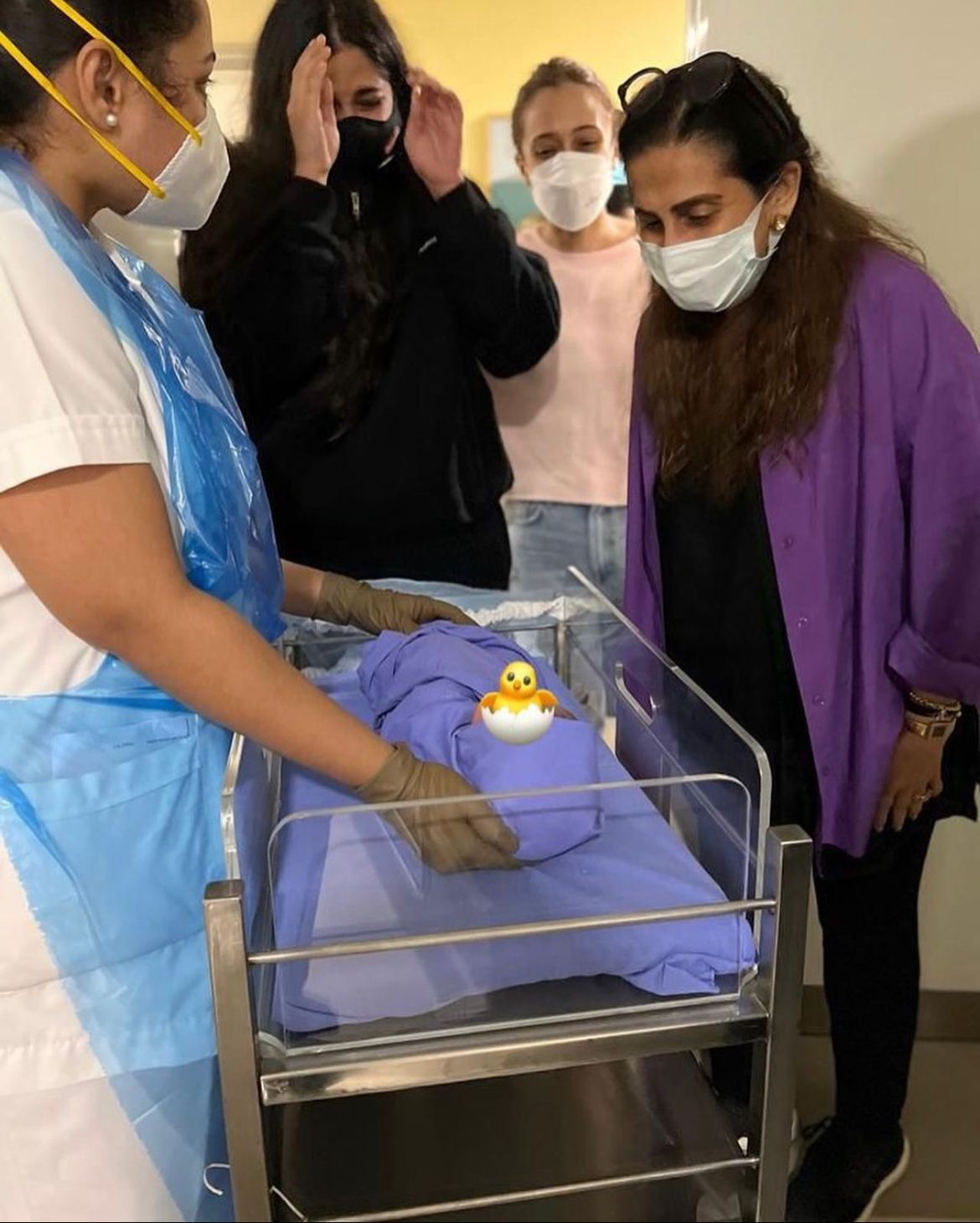 However, what melted our hearts was the newbie massi, Rhea’s reaction after meeting her nephew for the first time. She gets emotional and wipes her tears as she sees the cutest little munchkin in the labour room. Along with the pictures, Rhea penned a beautiful note and revealed that she’s not okay as Sonam’s baby’s cuteness is too much to handle. Her note can be read as:

“Rhea masi is not ok. The cuteness is too much. The moment is unreal. I love you @sonamkapoor the bravest mommy and @anandahuja the most loving dad. Special mention new nani @kapoor.sunita #mynephew #everydayphenomenal.” 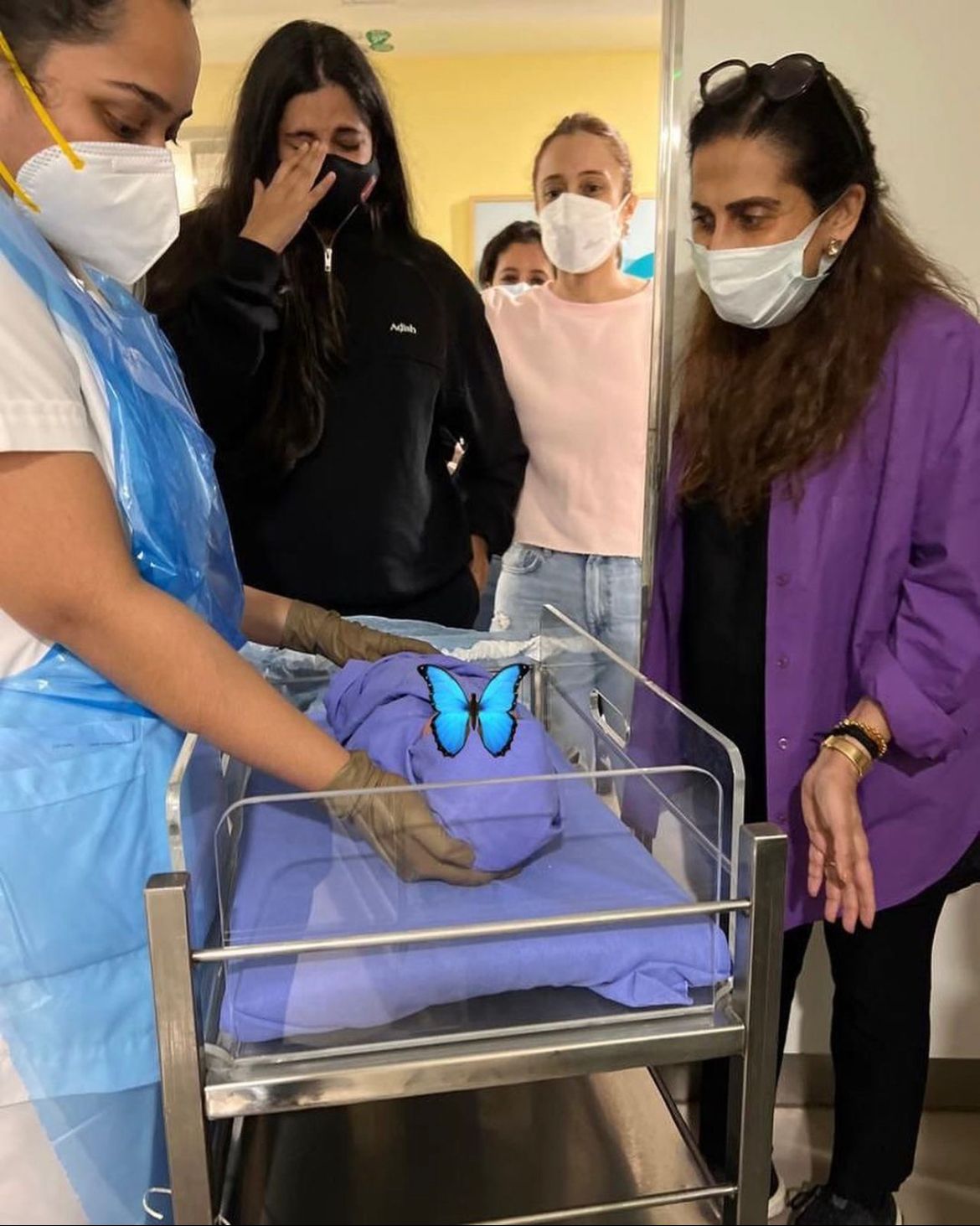 Well, not just Rhea Kapoor, even Sonam’s parents, Anil Kapoor and Sunita Kapoor, are thrilled to have a grandchild, and they can’t contain their excitement. In an interview with Vogue Magazine, Sonam had shared how her father used to visit temples and pray for a grandchild long before she got pregnant and added that he got emotional when she broke the good news to him. In her words:

“I think my dad is scared. He doesn’t see himself as a grandparent—for a long time, he didn’t even see himself as a parent—but he was the one who got emotional when I told him I was expecting. Before I broke the news to them and Mum and he were visiting some temples around the area. Now, Dad isn’t particularly religious or spiritual, so when Mum jokingly asked him what he was going to pray for, and he responded, ‘A grandchild,’ she was shocked.

Rhea Kapoor’s reaction after meeting her sister, Sonam Kapoor’s baby for the first time is every massi ever!

Sabyasachi Bride Stuns In A Red Lehenga, Pairs It With A Customised ‘Vivah’ Nath And Kaleera Why Carnatic vocalist Suguna Varadachari is a sought-after guru