Late actress, Sridevi and Boney Kapoor’s daughters, Khushi Kapoor and Janhvi Kapoor, prefer to keep their private lives under the wraps. However, despite being private star kids, the sibling duo is always under constant media spotlight. Janhvi and Khushi are fashionistas, and the stylish duo makes heads turn wherever they go. Moreover, they have a huge fanbase on their social media handles, who adore them.

On the personal front, Janhvi Kapoor was earlier rumoured to be dating her close friend, Akshat Rajan. The handsome hunk has always been very close to Janhvi’s family and is often seen with them at movie screenings, dinner outings, family functions. Later, reports were rife that Akshat and Janhvi had parted ways amicably, and they were back to being just friends. However, the latest buzz is that Khushi Kapoor is currently dating her sister’s ex-boyfriend, Akshat Rajan.

Also Read: Ranbir Kapoor Reveals He Fell In Love At First Sight With Alia Bhatt, She Doubts And Asks, ‘Really?’

On August 18, 2022, Khushi Kapoor took to her IG handle and shared a smoking hot mirror selfie. In the picture, the diva can be seen decked up in a grey crop top and matching joggers as she flaunted her toned midriff. She tied her hair in a half ponytail and opted for subtle makeup. The actress exuded glam vibes, and it was hard for us to stop ourselves from falling in love with her all over again.

However, what caught our attention was Khushi Kapoor’s loved-up exchange with her sister, Janhvi Kapoor’s rumoured ex-boyfriend, Akshat Rajan. As soon as Khushi posted the picture, Akshat took to the comment section and wrote, “Ly”, along with some heart emoticons. Not just this, even Khushi responded back and commented, “Iluuuuu”. The ‘I love you’ exchange between the two sparked their relationship rumours, but nothing is confirmed as of now.

Recommended Read: Kratika Sengar Shares A Glimpse Of Daughter, Devika, The Little One Looks Cute In A Printed Onesie

On November 6, 2021, Janhvi Kapoor had shared a series of pictures from her sister, Khushi Kapoor’s birthday bash, and the presence of the former’s rumoured ex, Akshat Rajan caught our attention. In one of the pictures, we could see Akshat with his arms wrapped around his alleged ladylove, Janhvi, while the other one featured her posing cosily with her sister, Khushi and ex-boyfriend, Akshat. Along with the pictures, Janhvi had penned: 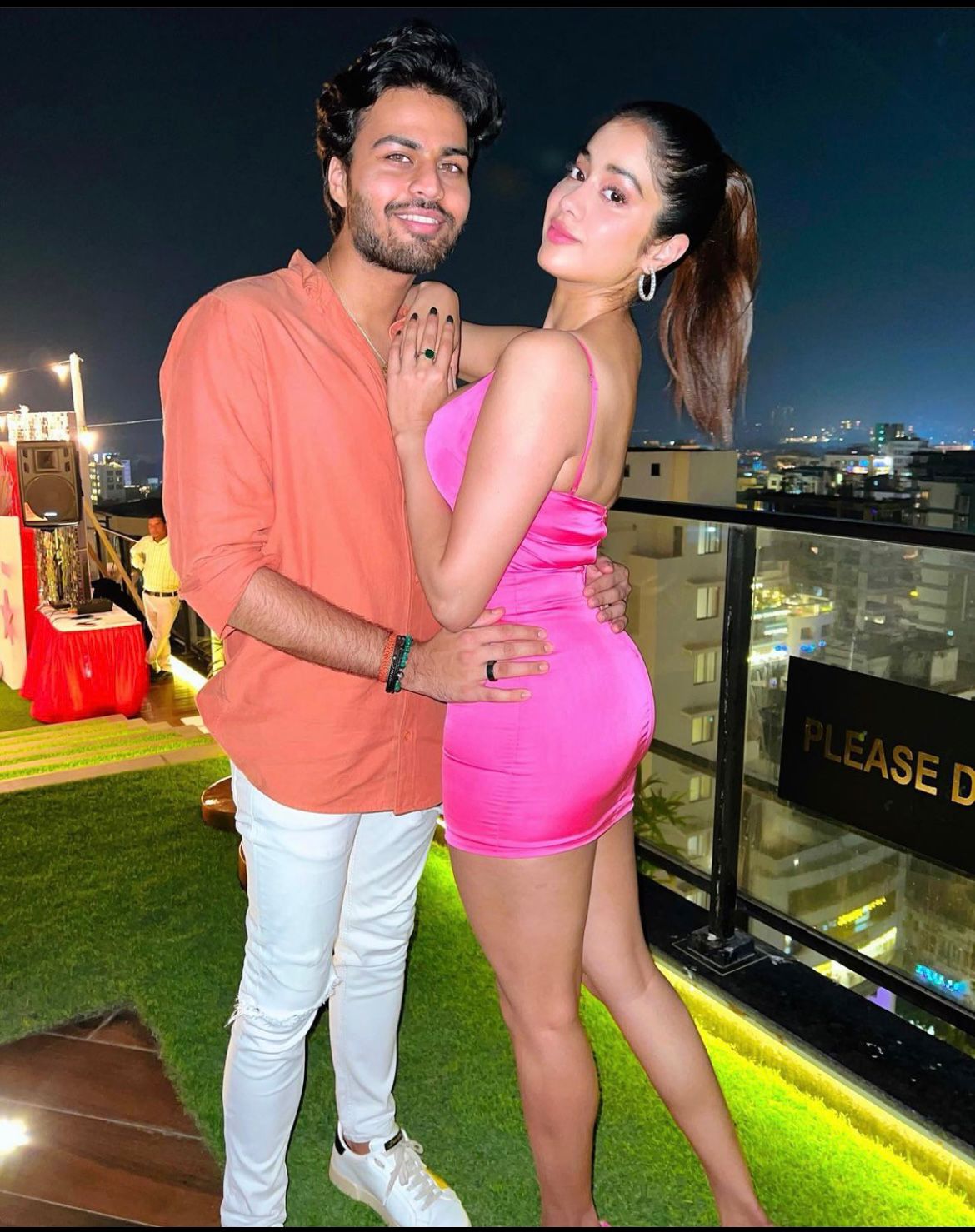 On the work front, Khushi Kapoor is all set to make her Bollywood debut with the film, The Archies.

Nora Fatehi Slays Her Airport Look In An All-Black Outfit, Pairs It With A Bag Worth Rs. 1.93 Lakhs