Kareena Kapoor Opens Up About Saif Ali Khan’s Wedding Proposal, Reveals Why She Rejected It Twice

Kareena Kapoor Khan and Saif Ali Khan are the most adored couple in the entertainment industry. Together, they are blessed with two little munchkins, Taimur Ali Khan and Jehangir Ali Khan. Even after having a 13-year age gap, Kareena shares magical chemistry with her hubby, Saif, and their relationship is an inspiration for many. The duo is living their best life, and they are shelling out major couple goals every day.

On Valentine’s Day, Kareena Kapoor Khan had taken to her IG handle and shared an adorable picture of her boys to wish her fans. The photo showed Saif Ali Khan and Taimur Ali Khan sitting on a couch, posing for the camera. Taimur looked adorable as he licked his ice cream and gave a thumbs-up with one hand. While Saif had donned a red t-shirt and he looked surprised at the camera. Along with the picture, Kareena had written:

Also Read: Sara Tendulkar Flaunts ‘Mehendi’ With Sister, Who Is Getting Married, Clears Air About Her Wedding 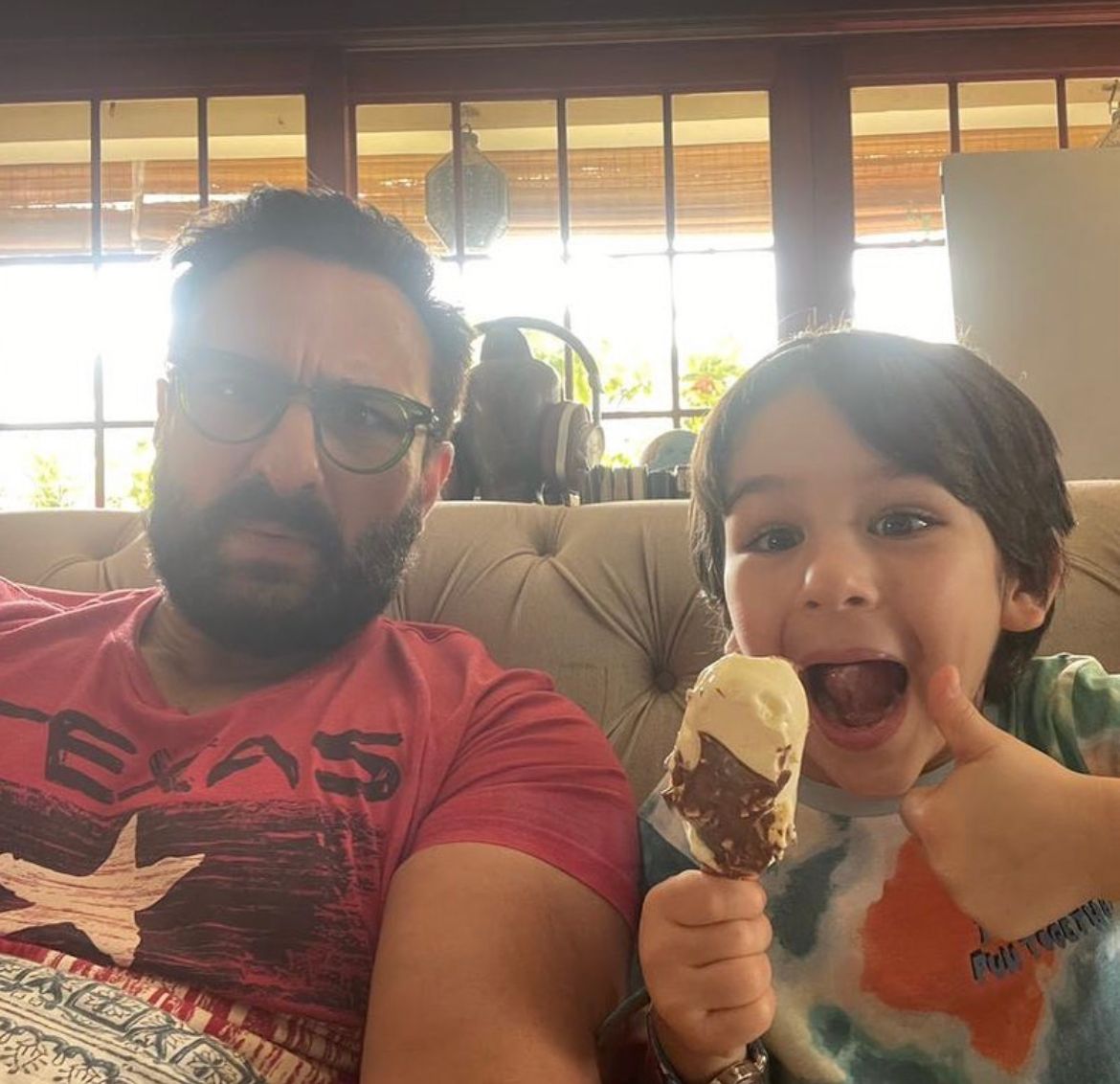 In an interview with Bollywood Bubble, Kareena Kapoor Khan shared that she and Saif Ali Khan were in Greece when he proposed to her for marriage. She revealed that she had rejected his proposal then and there. The actress further mentioned that she did that because she wanted to know him better. In her words:

The diva further added that she was in love with Saif, but she thought that it was too soon to take the decision. However, Kareena also mentioned that she wanted to know Saif better and revealed that she was going to marry him. Talking about the same, she said:

“I was still in love. Maybe I thought it was too soon, or that we were just kind of getting to know each other a little bit. I think it was because of that, that’s all. But I think I was always sure that I was gonna marry him.”

In a conversation with Mail Today, Saif Ali Khan had shared whether his wife, Kareena Kapoor Khan had to convert her religion to Islam to marry him. He mentioned that he doesn’t believe in the concept of conversion in religion for marrying a person you love. However, he had thanked the Indian government for including this law in the special marriage act. Saif could be quoted as saying:

“I would never want her (Kareena) to change her religion. That is the trouble with religion really… it expects conversion. I don’t buy or believe that. I think it’s good that the government, too, has, unless I’m misinformed about the law amended to include it in the Special Marriage Act. If and when we do get married, no one has to change his or her religion.”

On the work front, Kareena Kapoor is currently seen in the film, Laal Singh Chaddha.

Amitabh Bachchan Gives A Sneak Peek Into The Lush Temple Situated At The Entrance Of His Home, Jalsa

Tara Sutaria Opens Up About Her Bond With Boyfriend, Aadar Jain, Says ‘We Are Similar’

Mira Rajput Kapoor Shares A Fun Glimpse Of Kids, Misha And Zain, Enjoying A Ride By Their ‘Nanu’

KK’s Son, Nakul Recalls When Doctor Told Him About His Father’s Death, Says ‘I Couldn’t Even Cry’