Bollywood actress, Kareena Kapoor Khan is a loving wife to the love of her life, Saif Ali Khan and a hands-on-mommy to their two cute kids, Taimur Ali Khan and Jehangir Ali Khan. With a flick of an eye, Kareena’s elder kid, Taimur has grown up. The 5-year-old boy is an adorable kid and her mommy never misses a chance to share glimpses from his growing period.

For instance, on July 16, 2022, Kareena had taken to her IG stories and shared a series of photos with her elder son, Taimur. In the first picture, Taimur looked cute while he was enjoying a gelato ice cream with his mommy. In the following pictures, we could see the mommy-son duo making goofy faces while his ice cream was melting and dropping on the floor. Atop the picture, she had penned:

“The messy Gelato series with Tim.”

A few moments back, Kareena Kapoor Khan took to her IG handle and shared a montage video showing how she celebrated the 75th Independence Day with her hubby, Saif Ali Khan and their kids. The video was comprised of several pictures, wherein we can spot Saif and Taimur preparing a toy rock band stage out of old cardboard, cartoon boxes and recyclable paper. We can also spot little Jehangir donning a blue T-shirt paired with black pants, helping his brother and father cutely. Sharing the video, Kareena expressed her enthusiasm after finally preparing the stage. She penned:

“This #IndependenceDay, we tried to build… and build we did Tim’s first-ever rock band stage, made out of recycled paper. Reuse, recycle, be free…”

Earlier, on July 23, 2022, Kareena Kapoor Khan returned to India, along with her hubby, Saif Ali Khan and their munchkins, Taimur Ali Khan and Jehangir Ali Khan. In the glimpses shared by the paparazzi, Jeh was spotted at first in his nanny’s arms while they walked out of the airport. Following this, Kareena was seen escorting Taimur towards the car parking area. The doting mommy-and-son was seen wearing comfy casual wear. However, what caught our attention was Taimur copying his mommy’s coolio style and acing it. Both of them were seen walking while putting their right hands in their pants pockets and looked super cool. Check out:

Earlier, in an interview with ZoomTv, Kareena had opened up about her feelings when people used to react to her elder son, Taimur Ali Khan’s pictures. She added that whenever anyone mentions that Taimur’s photos have made them happy, Kareena feels it ‘weird’. She mentioned the reason behind this is that she doesn’t look at other people’s kids, and it doesn’t make her happy. In her words:

“People like say you know that oh I looked at Taimur pictures, it makes me happy. I find it weird because I don’t look at other people’s kids. It doesn’t make me happy. That’s just the way I am.” 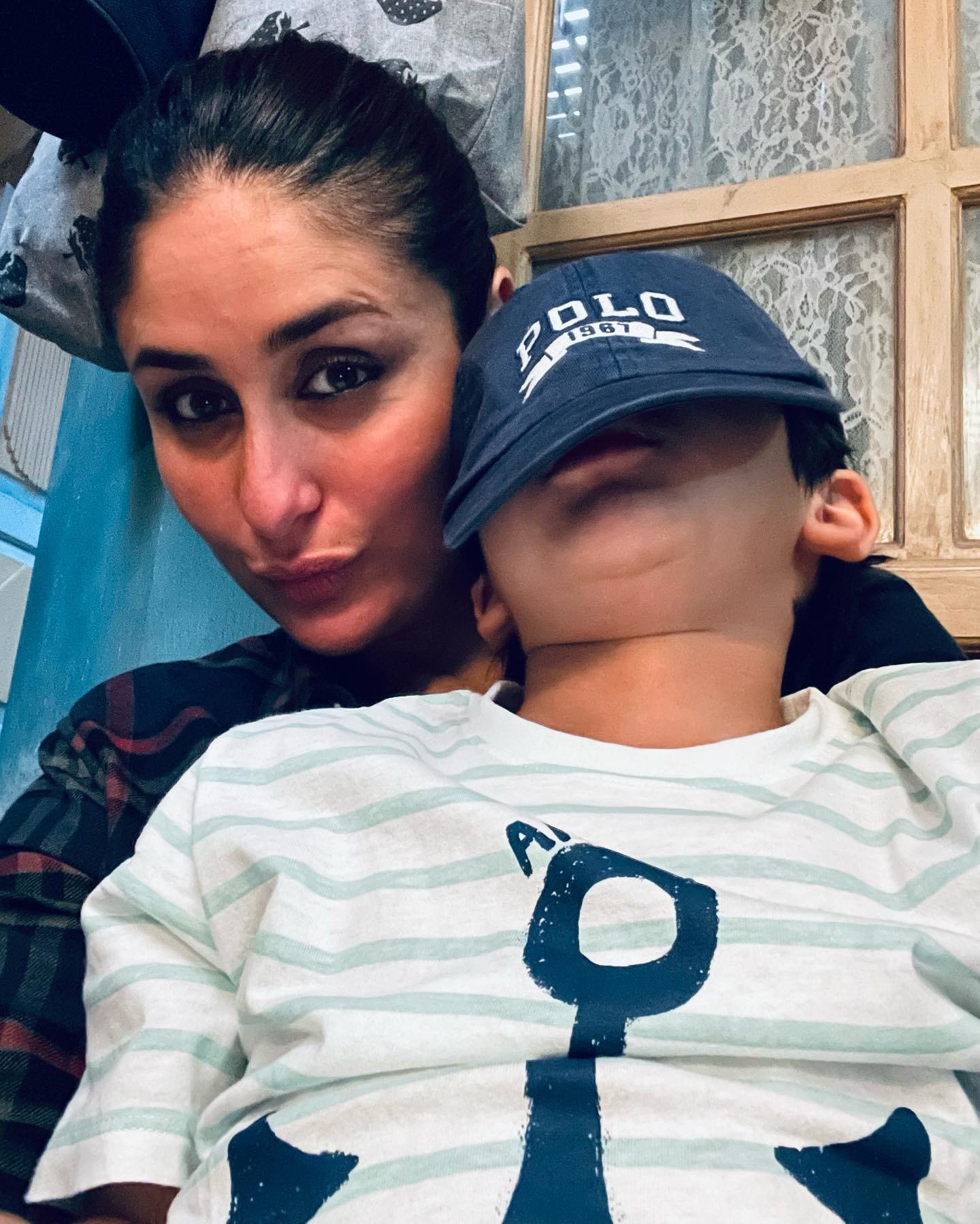 Isn’t Taimur’s rock band stage prepared by his parents, super adorable? What do you think? Let us know!

Priyanka Chopra Steps Out For A Dinner Date With Hubby, Nick, Carries A Bag Worth Rs. 2.5 Lakhs

Kiara Advani Opens Up About Her First Meeting With Alleged Boyfriend, Sidharth Malhotra